Let’s explore things to do in London. London is the capital city of England in United Kingdom. The city ranks in many top statistics such as most visited city, the busiest city, most powerful city, etc. London is filled with world heritage sites, famous landmarks and numerous museums and galleries. People can easily visit these attractions by underground and bus. Some attractions are manageable to walk one place to another and might be faster considering congested city traffic, wear comfortable shoes and you will walk a lot around the city. You will surprise to see two lane roads in the busiest areas of the central London.  Whether buildings are hundreds of old or new, they coexist together. You enjoy being centuries back in historic buildings and step outside enjoying lunch at café back to the present.

1. The Palace of Westminster

The Palace of Westminster is home to the Houses of Parliament and Big Ben. Big Ben is the main bell in The Elizabeth Tower. Big Ben has become an iconic landmark and the clock chimes every hour. The Palace is a political centre in United Kingdom where the House of Commons and the House of Lords meet.  It is one of the most visited attractions in London. The Palace of Westminster is designated as a UNESCO World Heritage Site.

The Buckingham house was a large townhouse for the Duke of Buckingham built in 1703. King George III acquired this house in 1761 to be a private residence for Queen Charlotte. The Buckingham Palace became the home of the British monarch since the Queen Victoria era. Tourists love to watch Changing of the Guard. 19 state rooms are open to visitors for 10 weeks during the summer and some selected dates during winter and spring. The palace has 775 rooms and has the largest private garden in London.

Westminster Abbey is a church and a place celebration of major events such as Coronation, royal weddings, and other royal occasions. This beautiful building is an architectural masterpiece of the Gothic style. King Henry III designated Westminster Abbey as a place of worship, a place for the coronation, and a place for the burial of Kings and Queens.

This is the most notable religious building in the United Kingdom. Unfortunately, Westminster Abbey was damaged during World War II. It was from Westminster Abbey where six churchmen created newly translated the Bible into English which was known as the King James Version in the early 17th century. The funeral of Diana, Princess of Wales held at this place as well. The royal wedding of Prince William and Catherine Middleton occurred at this place as well.

The Tower Bridge was built between 1886 and 1894. Sir John Wolfe Barry was the engineer. It took 8 years to complete employing over 400 construction workers. This beautiful Tower Bridge is one of the best loved historic sites by British people and all visitors. People around the world are familiar with seeing this iconic landmark from magazines, TVs and any medias. Truly, it is the most famous and beautiful bridge in the world. Visiting London would be incomplete without seeing Tower Bridge right. Visitors wait to capture the moment when the bridge is raised for ships to pass. Visitors can glimpse of the Victorian era engineering in the Tower Bridge Exhibition.

Tower of London is the Royal Palace and Fortress. The palace was used as a royal residence at the beginning, but later it was used as a prison until 1952. It has a grim reputation as a place where people were tortured and executed. Royals used the Tower during trouble times to protect their possessions such as jewels and themselves. The Crown Jewels such as crown, sword and scepter were kept in the Tower. The Crown Jewels have been on display in the Jewel House.

Today, the Tower of London is one of the most popular attractions. Visitors are fascinated by gruesome history and stories of ghosts spotted in the Tower. Visitors get to meet Yeoman Warders who are the ceremonial guardians of the Tower. They are also the oldest royal bodyguards in history.

St Paul’s Cathedral was designed in the English Baroque style. The older gothic style cathedral was destroyed by the Great Fire which swept through the city Sept 2 through Sept 6, 1666. This beautiful cathedral is one of the most famous attractions in London. The iconic dome of the cathedral has dominated London’s skyline for many years. Still the dome remains the highest in the world.  The cathedral survived during the World War II.  This place is also known for royal weddings and the funerals of the famous. The royal wedding of Prince Charles and Princess Diana was held at this cathedral. Queen Elizabeth II’s 80th and 90th birthdays were held in the cathedral. The cathedral is open daily to visitors.

The British Museum is the largest and the first public national museum in the world. The collections are dedicated to human culture, history and art that spans over 2million years of human history. There are some controversial issues about the ownership of some famous objects because some objects were originally belonged to other countries. Some of these issues reflects the era of the powerful British Empire who colonized many countries all over the places. Best of all, admission is free except for loan exhibitions.

National Gallery is an art museum that is founded in 1824. It is currently located in Trafalgar Square in London. This gallery is home to a collection of over 2300 Western European paintings. Some of the masterpieces include works by Leonardo da Vinci, Rembrandt, Turner, Van Gogh, Monet, Rubens, Van Dyck and Renoir. The art museum offers a free guided tour or you can borrow audio guides that are available in multiple languages. The admission for the main collection is free and it is open to the public 361 days a year. This is one of the most visited art museums in the world. There were many criticisms with regard to the look of the building in history designed by William Wilkins. Alterations have been made to improve the look and additions to the Gallery were built. I think this is an absolutely beautiful building. You can admire the architecture outside and enjoy masterpieces inside.

After you spent time in National Gallery, just walk outside to Trafalgar Square. The Trafalgar Square is surrounded by galleries and historic buildings.  It is a famous public square that people hang around or meet up there. The name Trafalgar commemorates the Battle of Trafalgar. The British Royal Navy led by Admiral Lord Nelson defeated a combined French and Spanish forces. Now you know why Admiral Nelson’s column and statue is there to honour him. It also features many other statues, fountains and monuments. The square is also known as a gathering place for many event such as cultural celebrations, rallies, demonstrations, commercial events, filming and more. Greenwich is known for its maritime history and its name to the Greenwich Meridian and Greenwich Mean Time (GMT). Royal Observatory Greenwich is the home to the Prime Meridian of the World that ships and tonnage used it for reference on their charts and maps. It also features UK’s largest telescope.

Queen’s House was a loyal residence but it was scarcely being used in history. It was the first classical style building in British architectural history. It is home to the National Maritime Museum’s art collection.

Cutty Sark was one of the fastest ships in the world in 19th century.It is the last remaining tea clipper in the world. The first voyage was from London to Shanghai, China in 1870. The ship came back loaded with over 1 million lbs of tea. Cutty Sark made 8 trips to China for tea.

Shakespeare’s Globe Theatre is a reconstructed old theatre based on available data of the 1599 and 1614 buildings. The original theatre was built in 1599 but destroyed by the fire in 1613. Later it was rebuilt in 1614 but demolished in 1644. Today, the theatre is home to productions of the greatest English playwright, Shakespeare’s plays.

Kensington Gardens is among the Royal Parks of London. This Gardens was Henry VIII’s recreational place. It was originally western section of Hyde Park. It was separated from Hyde Park by the request from Queen Caroline. The park features statue of Peter Pan, Albert Memorial and the Serpentine Art Gallery. Also, visit Diana, the Princess of Wales Memorial Fountain.

London eye is also known as the Millennium Wheel. It is an iconic Ferris Wheel in London that was open to the public on March 9 2000. It is one of popular tourist attractions with over 3million visitors each year. The wheel moves so slowly, just plan you will be riding it for a while. Enjoy views over London iconic landmarks such as Big Bens, the House of Parliaments, Buckingham Palace and more from the highest top. Pre-book the ticket online if you plan to ride.

It was built in 1819 in the heart of London. It is an important road junction connecting Regent Street with Piccadilly. People gather and meet up here. The Circus is close to major shopping and entertainment areas such as theatre, nightclubs, bars, and Soho. It is similar to New York’s time square filled with video displays and neon signs mounted on buildings. While you are there, visit Shaftesbury Memorial, Criterion Theatre and London Pavilion nearby.

Recommended Reading: why do you need travel insurance?

It is an entertainment epicenter where several major theatres built in the 19th century. Some of notable theaters are located in the square such as Odeon Leicester Square, Empire, Apollo theatre and Leicester Square. This square is the prime location for film premieres in London. Plan to watch the best shows here. To save money on tickets, find TKTS half-price ticket booth or watch a performance during the weekdays afternoon.

There are plenty of things to do in London. These are the major 15 attractions you can try and add more if you plan to stay longer. London is a beautiful city filled with centuries-old historic buildings, art and rich culture. You will not be disappointed. You will appreciate the fact that how things are well-preserved for generations. 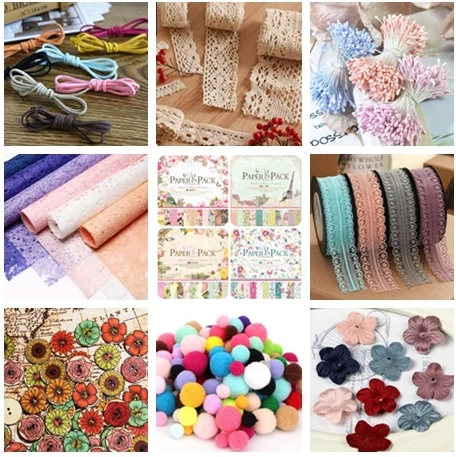