These are some of the bucket list destinations you want to add to your next vacation. You will never forget these places after you visit them. You will appreciate the uniqueness and differences across cultures and countries and it will become lifelong good memories.

Have you been intrigued by the ancient Inca Empire? Machu Picchu is located nearly 1,000 feet above stone ruins, terraces, and plazas. Machu Picchu was discovered in 1911 by American archeologist Hiram Bingham. Inca ruins are still preserved. It is believed that Machu Picchu has been a royal estate or royal retreat place. It is unknown why this site was abandoned but it could be the lack of water or lack of food to farm on hilltop mountain. Inca’s civilization was destroyed by Spanish invaders in the 16th century. Remarkably, this site is still at a high level of preservation after hundreds of years.  You can arrive at the site on a day trip from Cuzco. The easiest way is to take the train to the train to Aguas Calientes which is located a few miles from the site. Machu Picchu was designated a UNESCOWorld Heritage site in 1983. The best time to visit is late March through October.

Photographers buy& sell used equipment. Get professional-quality gears and cameras. Save up to 40% off retail prices.

People recognize photos of this beautiful place seeing in the magazines, or other print / digital materials. This insanely beautiful city caught people’s eyes its distinctive contrast of blue dome and whitewashed buildings perched atop the cliffs looking over the ocean. The island is located in the southern Aegean Sea. Santorini is the southernmost island in the Cyclades.  Santorini is a locale of volcanic origin. Santorini island is still in an active volcano. The recent volcanic activity occurred in 1950. This place is one of Greece’s most popular destinations. There are many churches on the island. Visiting wineries and wine tasting is one of the attractions here as the major industry is wine due to the perfect climate for growing grapes. Another attraction would be enjoying blue deep waters and beaches filled with white, red, or black sand or volcanic pebbles. Watching sunset right next to famous three blue domes is one of the things to do on the island. The best time to visit Santorini is between late April and early November during warm weather and little rain time.

Do you need a pet sitter or house sitter while you are traveling? It says that having a housesitter would decrease the risk of theft while you are away.

It is located in Ecuador. It is well-known for Charles Darwin’s visit in 1835 which introduced his theory of evolution — and the Galápagos Islands — to the world.  It was named a UNESCO World Heritage site in 1978. The best way to travel is to book a cruise trip. You can choose when you want to visit based on the weather conditions. Galápagos plants and animals are found only on the island no anywhere else on the earth.  The giant Galápagos tortoises are found here exclusively. The islands are considered a laboratory for scientific study. Wildlife in the Galapagos has no fear of humans or predators and that makes this destination magical to see closely these unique species.  The weather is warm and wet from January through May. The hottest and wettest months are March and April. August is the coolest time. The weather gets cooler and drier from June through December.

Rome is a historic city and also the capital of Italy.  It is famous for ruins from the ancient Roman Empire.  The Colosseum still stands here. It gives you a glimpse of magnificent city during the Roman Empire era.  The city is a UNESCO World Heritage site from the Colosseum to the Roman Forum, Trevi Fountain, Vatican City and the Sistine Chapel, etc.  Roman ruins are the reminder of the city’s glorious past and Roman Empire era which has been a center of power, politics, culture, and development. The Vatican City is an independent city-state ruled by the Pope. These are top attractions in Vatican City such as St. Peter’s Square, St. Peter’s Basilica and the Vatican Museums, where the Sistine Chapel is located. The ideal time to travel to Rome is April, May, September, and October, and avoid the summertime.

Jeju is southernmost South Korea’s island. Jeju volcanic island and Lava tubes are designated by UNESCO as a natural world heritage site. The island was created from volcanic eruptions about 2 million years ago. The island consists of basalt and lava. It is also known for a stone statue called “Dol Hareubang” which means Stone Grandpa carved from volcanic rocks which considered a symbol of fertility. These statues are all over the island.   San means mountain in Korean. Hallasan which is the highest mountain in South Korea is located on Jeju island. You could enjoy hiking on the Hallansan National Park and watching natural wonders around the town. Haenyeo (sea women) are female divers who are the main breadwinners for the family to catch seaweed, shellfish, urchin, octopus, abalone, clams, squid, and so forth in this island. Haenyeo dive 10-20 meters holding their breath for up to two minutes without any breathing apparatus. The number of women is declining as young girls want to pursue different careers as the country has been developed and advanced in general. The average age of these breadwinners is 65 and they work until they can.

If you want to see modern Japan, visit Tokyo, but if you want to experience thousands of years of rich cultures, you should visit Kyoto. Kyoto was the capital at one time. During the Meiji era, Japan started western civilization from implementing men’s western shortcut hairstyles while abolishing traditional tied long hair to modernizing the Japanese military with western weapons. During that time, Tokyo became the capital of Japan. You will enjoy visiting many temples, shrines, Imperial Palaces including and experiencing Japanese traditional gardens. Amazingly, you will run into Geishas in the streets with a distinctive white-masked face and wearing traditional kimonos. The summer is from June to early September. It is hot and humid during the summer. The winter is cold but not freezing temperatures. Spring and Fall are the ideal times to visit.

Giza is located on the west bank of the Nile, near Cairo. The Pyramids are the wonders of the ancient world. Without modern tools, stones were carved and placed by hand precise to the millimeters. Pyramids were places of burial for Kings. The largest one is the Great Pyramid of King Khufu’s tomb. The other sights are the Pyramid of Khafre, the Pyramid of Menkaure, and the Sphinx. Pyramids remind you of Egypt which was one of the richest and most civilized countries in the ancient world. Climbing the Pyramids are forbidden and extremely dangerous. You could walk around the whole Giza Plateau in 2 hours. Riding camels could save your energy but they are slow. Try camel riding for thrilling experiences.

Alaska is the largest US state.  Alaska consists of 5 regions: Inside Passage, Southcentral, Interior, Arctic, and Southwest. The Russians were the first non-native people to settle in Alaska in 18th Century. Due to high expensive maintenance from the distant location, Russia sold Alaska to the USA in 1867 for $7.2million. Alaska offers a diversified economy such as fishing, natural gas, oil, and tourism. Cruises are the best way to see Alaska’s coastal mountains, glaciers, marine, and wildlife. The best time to visit Alaska is between May 10 and September 15. Alaska is well-known for mountains, rivers, glaciers, and northern lights. Some of the top attractions are bear viewing, marine wildlife viewing, moose viewing, eagle viewing, and salmon viewing tours. Nowhere else you could observe closely these animations such as polar bears, grizzly bears, and moose.

African Safari Tour is a popular vacation destination. This park is full of abundant wildlife and breathtaking views.  It is popular for the annually great migration of wildebeest crossing the Mara River including several hundred thousand other migratory mammals such as zebras and gazelles. Not all these wildebeest and mammals make it to their destination. Some are drowned in the Mara River and some are caught by predators such as large cats and hyenas. Wildebeest migration in Masai Mara National Park happens from July to August. You could plan your trip during migration time to see thrilling and spectacular sights of wildlife. You can see these animals in the park such as lion, leopard, African bush elephant and Southeast African cheetah, buffalos, rhinos, more than 500 bird species and many more animals. Masai Mara is well-known for wildlife conservation and wilderness areas in Africa. There are some other activities people could enjoy such as camping, night game drives, ballooning, and visiting Masai cultural villages.

It is located in northwestern Arizona.  President Roosevelt declared the Grand Canyon a National Park. This is one of the most visited destinations in the world. There are two public areas in the Park, the North and South Rims. The South Rim is easier to have access to the park where people can pull over and enjoy breathtaking views. The South Rim of the park is open 24 hours a day for the entire year. The South Rim includes Grand Canyon Village and Desert View. On the contrary, the North Rim is harder to get to it. The North Rim’s lodging and restaurants are open May 15 through Oct 15. The North Rim is closed during winter. Due to the high elevation, The North Rim is a less-traveled area. The North Rim has a campground, general store, and Grand Canyon Lodge. The West Rim is home to the Skywalk. These activities are available such as walking the glass panels on the Skywalk, zip-lining, riding a boat down the river, and helicopter tour. The canyon floor in the South Rim during summer could reach over 100 degrees. Spring and Fall are pleasant to visit. Always check the weather before planning to visit. Find bucket list deals here. 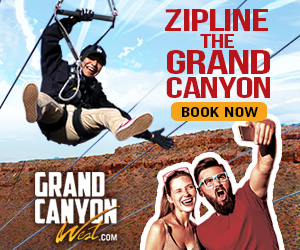