Key West is one of the most visited places in the United States. There are many things to do in Key West. Cayo Hueso is the original name of the island by Spanish settlers. Cayo Hueso translates to bone island. Spanish settlers were referring to the bones of Calusa Indians who had once lived in the area. For English speakers, it sounded like Key West and that is how the name Key West is originated.

What words do you describe Key West? beach, haunted, gays, LGBTQ community, etc. It takes about 3 hours by car from Miami to Key West. It is remote from the mainland but also a busy city packed with many tourists. Driving to Key West sometimes could use some patience, it is mainly narrow two-lane roads going through little towns. So if you are stuck behind a slow driver, you might be stuck for a while, just chill out and enjoy the view. Water is so close right next to it on both sides, almost feels like driving on the water. If you fly, no worries about two-lane roads.

If you find a hotel or Airbnb inside Key West whether it is an old town or new town, the best way to tour is renting bicycles, scooters, or golf carts. You will find an abundance of rentals for tourists. Besides, Trolleys and tour trains are also available to tour the city. You could walk up to some distance. If you are there during summer, you will be miserable walking around. Key West is a hot destination, so you will have to book far in advance, otherwise, you will end up finding places other Key areas that you have to drive to Key West. 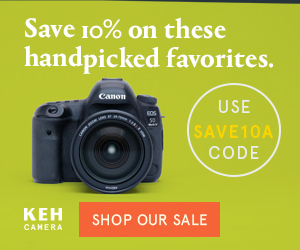 Things To Do In Key West

Southernmost Point In The USA

This is the most iconic landmark in Key West.  “90 miles to Cuba” says on the concrete buoy. It is very common to see long lines of people waiting for their turns to take photos. You could ask someone behind you to take your family photos. People are glad to do that!

Ernest Hemingway was an American writer. This house is situated right across from Key West Lighthouse. Since this house was the residence of Ernest Hemingway, this home has been the most popular tourist attraction in Key West. In 1968, it was designated a National Historic Landmark.

Please bring your cash to pay for the admission. Hemingway Home&Museum doesn’t accept credit cards. There are lots of cats in the house. Those cats are descendants of the original cats from Hemingway. It has its own cat cemetery buried underground in the estate. Everything left as it was. All furniture, designs, architectural styles made you feel like you are in that era. There is a second-story main house with a nice big pool that his wife Pauline installed and paid $20,000 in 1937. That was the fortune for the pool company. There is an additional second-story building that was converted into a writing studio for Ernest. You can look inside the writing studio and see his typewriter, books, and furniture are still there.

The first Key West lighthouse tower was completed in 1825. It was built to help ships enter the port safely. Unfortunately, the lighthouse was once destroyed by a hurricane. The Key West Arts and Historical Society operates the lighthouse and its associated buildings as the Key West Light House and Keeper’s Quarters Museum.  You can climb spiral iron staircases to go to the top of the tower for a scenic look and that is the spot where lighthouse keepers watched over for more than 120 years.

The house was originally used as the first officer’s quarters on the US naval station. This house has a long history visited by significant figures such as William Howard Taft, Thomas Edison, Dwight D Eisenhower, John F Kennedy, Jimmy Carter, and Bill&Hillary Clinton in 2005.

In 1946, President Harry S Truman was physically exhausted. His doctor recommended a warm vacation. Truman arrived in this house in November 1946. Since then, this house became his winter White House. Truman visited multiple times during November, December, February and March each year. Truman spent 175 days of his presidency at the Little White House. Wherever he was, the White House was, not necessarily D.C. There is also saying that things got done much more in the Little White House than D.C. It implies the politics-driven environment in D.C. made things get done much harder just like now. That hasn’t changed at all.

In 1987 this house was deeded to the State of Florida. In 1990, the Little White House was open to the public as a state historic site and museum. Most of the furnishings are original to 1949 and the house was restored to its 1949 appearance.

The coral reef that surrounds the island caused shipwrecks along with winds and hurricanes. Ships would suffer minor damage or sink. Those shipwrecks brought a variety of goods to Key West such as tobacco, silver utensils, cotton, and more. All those goods were auctioned off to the highest bidder. As a result, a shipwrecking industry made Key West the richest city per capita in 1850s.

This museum highlights the old history of shipwrecking industry. Many of the displayed artifacts are from the wrecked vessel Isaac Allerton which was a 594-ton American merchant ship. Issac Allerton sank in a hurricane on the Florida Keys reef on August 28, 1856. The wrecked vessel was discovered in 1985 and turned out to be one of the richest shipwrecks in Key West’s history. Also, the recovery of the vessel includes the famous silver bar salvaged from the Nuestra Senora de Las Maravillas. The museum encourages visitors to try to lift. However, the silver bar comes with a tragic superstition. If you are planning to sail a boat or go to the sea the following day, probably, not a good idea to try to lift according to a guide who is familiar with the history of the silver bar.

Visitors can walk up the lookout tower for a scenic view of the harbor and city. There is a tragic incident inside the museum and haunted tales from employees who experienced supernatural activities.

The tour starts in the evening.  Did you know Key West is the most haunted city in the USA? Key West beats Savannah. The guide tells the history of tragic incidents in the city, historic ghost tales, and why they became haunted places. Trolleys take you to those places. You pass by some of the most tragic and most sacred sites of the island. You will learn about the lengthy history of “Robert the Doll” which is a haunted doll and tragic stories associated with the doll. Also, the tour passes by a house where Robert the Doll used to live and points to the room where he was. Now that house is a guest house.

It is open to the public. If you are interested in this place, feel free to walk around. You would find old headstones dated back to 1800s. It estimates that about 100,000 people are buried there and which outnumbers the current live people about 30,000 residing on the island.

It is a perfect place for tourists to get some souvenirs and gifts. It is the central place of Key West with museums, restaurants, shops, and live entertainment. Over 30 shops are located in Mallory Square. Besides, it is also known as the most spectacular place to view the sunset.

This house was built in 1829 by the wrecker captain Francis B. Watlington. Francis, his wife Emeline and their nine daughters lived there. The house features original furnishings of the time, family photos, documents, and other period pieces.

Fort East Martello was built as a Civil War fortification. The last time it was used as a training facility for the Navy and the Army was during World War II. It was restored to the museum and opened to the public in 1950.

Visitors learn about wrecking and cigar industries that prospered in the Florida Keys.

This is the place where you could meet the infamous the haunted “Robert the Doll”. The doll even moved around the museum during nighttime, because the employees of the museum spotted the doll at different places in the morning based on its legendary ghost tales.

The Custom House Museum is an iconic four-story building with a red brick structure. It was originally Key West’s post office and district courts. Today the Custom House is a museum that exhibits the local history, famous personalities, maritime history, and local artists’ artworks.

Tennessee Williams was a famous playwright. Some of his famous works include The Glass Menagerie, A Streetcar Named Desire, Cat on a Hot Tin Roof, and so forth.  The museum is packed with artifacts that highlight the life and works of the iconic playwright. The museum is not the actual house that Tennessee Williams lived in, but a few miles away from the museum, the actual house still exists.

Dry Tortugas is a national park about 70 miles from Key West. Fort Jefferson, one of the largest coastal forts ever built, is the centerpiece of these islands. Surprisingly, construction continued for 30 years but the fort was never finished. By the 1880s, the Army abandoned Fort Jefferson. Today, Dry Tortugas National Park is protected to preserve natural and historic wonders.

Plan a day trip to visit the park. There is a ferry that departs daily 8 am and returns at 5:30 pm at Ferry Terminal located at 100 Grinnell St. In addition, a seaplane travel package is available for a faster way. You will enjoy a one-of-a-kind experience you will never forget here. You can explore wild birdlife, snorkeling, and one of the largest brick structures in the western hemisphere. 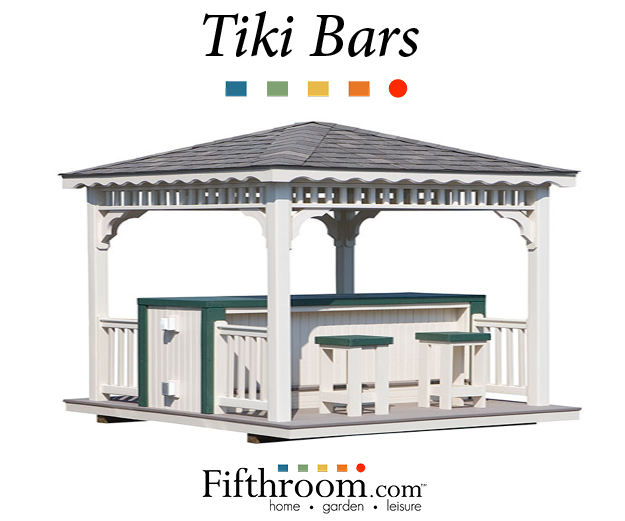 Mel Fisher spent most of his life searching for treasures from shipwrecks. His best-known finding is the 1622 wreck of the Nuestra Señora de Atocha off the coast of Florida.

The Mel Fisher Maritime Museum features nearly 100,000 artifacts from 17th-century shipwrecks including gold coins, silver, cannons, and so on.

The Key West Butterfly & Nature Conservatory houses 50 to 60 different species of live butterflies. You can see hundreds of butterflies of every color & size living in a climate-controlled, glass-enclosed conservatory habitat. This place also features collections of flowering plants, birds including 20 species of exotic birds, cascading waterfalls, and trees. A learning center is a perfect place for children to get a close-up view of live caterpillars wrapped inside their cocoons and learn about different stages in the metamorphosis of butterflies.

If you love watersports, these are water adventures you want to try.