If you haven’t been to Walt Disney, it is not a simple park. The entire Orlando city is like a Disney City. People also get confused with Disneyland Park in California. The Walt Disney in Orlando has 4 theme parks, 2 water parks, the Disney spring shopping, and entertainment area and over 25 Disney Resort hotels. Here is a list of theme parks so you can decide where to visit if you don’t have time to stay to explore all Disney Parks.

Magic Kingdom Park is the most visited park in the world. The fairytale stories come into life for all children of all ages. It consists of 6 lands –  Adventureland, Frontierland, Liberty Square, Fantasyland, Tomorrowland and Main street USA. The Magic Kingdom Park features over 40 attractions and live shows for everyone to enjoy. There is also a family-friendly rollercoaster called Seven Dwarfs Mine Train so everyone can ride together.

Epcot (The Experimental Prototype Community of Tomorrow) was opened Oct 1 1982. Epcot consists of Future world and World Showcase. You can explore attractions such as Space Pavilion, Spaceship Earth, Imagination, Kidscot fun stops, Mission : Space, etc. You will not be bored to enjoy global cultures. Epcot is also well-known for seasonal events such as The Epcot International Festival of arts during Jan and Feb, The Epcot International flower&garden festival in early spring, and The Epcot International food & wine festival.

Experience yourself as if you are in the movie. It is a thrilling moment to see attractions that you saw in blockbuster movies and top TV shows. Toy Story Land and Star Wars: Galaxy’s Edge are some of the popular attractions. Disney’s Hollywood Studios also features some scary rides that kids are thrilled about such as The Twilight Zone Tower of Terror, Star Tours, The Adventures Continue flight simulation, and Rock n Roller Coaster Starring Aerosmith which features upside-down inversions.

Disney’s Animal Kingdom Theme Park opened on April 22 1998 and today this park is one of the largest animal theme parks in the world. Disney’s Animal Kingdom presents 1700 animals. Safari ride will give you a fun experience and see many animals. Enjoy “Pandora – The World of Avatar which was added in 2017 inspired by James Cameron’s film Avatar. The whole environment is really morphed into the scenes from the actual film.

Search Top US & Canadian Airports. Never overpay for your parking again. Only At AirportParking.com Shop Now!

Enjoy the thrill and spills of water with plunging down rushing rapids. Don’t worry, little ones can also experience aquatic activities in this park. The entire family has fun& relax together riding through 2000 foot-long Castaway Creek. Miss Adventure Falls is one of the longest rides at any Disney Park.

Have you wondered how the big crew of parade show up magically without seeing by crowds just before the show starts?  The underground tunnels known as Utilidors was created for cast members to move through quickly without being seen. Tunnels are also a place for cast members to have access to locker rooms, break rooms, and cafeterias. Also, another important feature of the tunnel is used for transporting trashes out of the park. So the tunnels make the part of the magic to come true. Disneyland Park is a marvelous place. This park opened on July 17, 1955. You can immerse yourself in Disney’s fairytale stories from the movies. Disneyland Park features over 40 attractions designed to entertain for all ages. Some of the popular rides are Indiana Jones adventure, Big thunder mountain railroad, Finding Nemo submarine voyage, Haunted Mansion, Space Mountain, Matterhorn bobsleds, and many more.

The magic in Disney California Adventure Park is indescribable. This park consists of 7 exciting lands and rides for all ages. Explore Cars Land, Pixar Pier, Pacific Wharf, Buena Vista Street, Grizzly Peak, Hollywood Land, and Paradise Gardens Park. This is a fun family vacation attraction for everyone to enjoy the magic coming to life. One thought on “Walt Disney World” 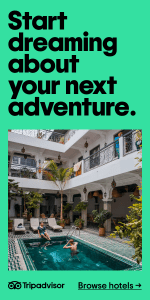